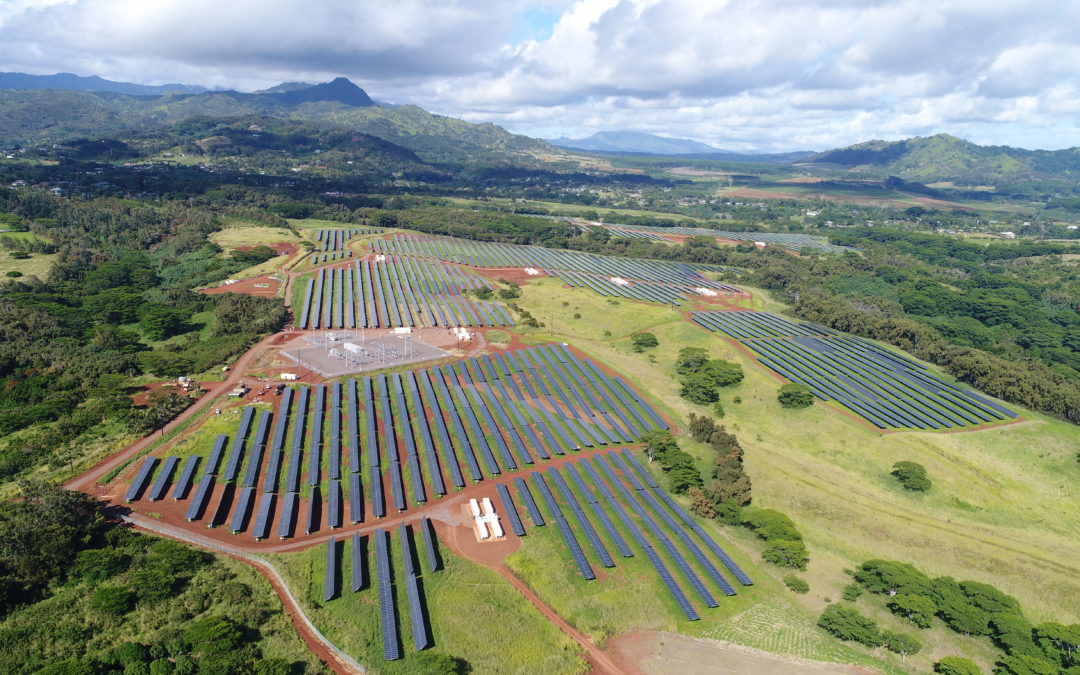 In December 2018, AES made history when it inaugurated the 28 MW PV + 100 MWh five-hour duration BESS Lāwaʻi Solar and Energy Storage project, the world’s largest operational solar-plus-storage system, in Kaua’i, Hawaii.  AES designed the unique DC-coupled solution, dubbed “the PV Peaker Plant”, to fully integrate PV and storage as a power plant.  While many other systems, especially AC-coupled systems, coexist but are not tied together, this PV Peaker Plant solution fully combines and integrates the components into a singular harmonious system at a never-before-seen scale. The new PV Peaker will deliver roughly 11 percent of Kaua’i’s power, making the island more than 50 percent powered by renewables, and will help Hawaii reach its goal of reaching 100 percent renewable energy by 2045.

In January 2018, AES began construction of the Lāwa’i Solar and Energy Storage Project and the facility was completed and began providing evening and morning renewable capacity from the sun to the grid in December.

Due to the PV Peaker Plant’s unique DC-coupled design, the system can deliver power with the most value, flexibility, and the highest range of services possible for a solar-plus-storage system.

AES’ PV Peaker Plant promises to ensure a sustainable future for the island and establish a new model for stabilizing grid-scale renewable energy. Instead of simply augmenting traditional generation, solar-plus-storage can sequentially replace it altogether in a more flexible solution designed for a modernizing grid.

Because fossil fuels must be shipped onto the island, Kaua’i has some of the nation’s highest electricity prices. Leveraging the solar resource for the evening demand peak on Kaua’i allows the utility to cut back on fossil fuel costs; the PV Peaker Plant batteries can keep delivering firm power for five hours after the sun goes down. Not only are the energy costs from the PV Peaker Plant below the cost of fossil fuel to power the island, they often beat the cost of the fuel alone.

By 2014, KIUC recognized that direct to grid solar would soon be maximized and the only opportunity to incorporate additional solar was to store and move the resource to its evening peak demand. At 44% solar in 2018, the island needed enough storage to provide consistent, reliable peak power. But batteries alone aren’t the answer since they can’t dispatch energy fully during the day when they need to be charging. KIUC needed a renewable energy system that would provide power when solar panels are dormant, and demand is peaking.

To solve each of these challenges, AES internally designed the PV Peaker Plant to fully integrate solar and storage as a power plant. The new system allows solar to occupy the role that thermal generation has played in varying output to meet peak demand. It’s expected to deliver energy principally during early morning (6AM-9AM) and evening (4PM-10PM) hours.

To lower the cost of operation and transmit more energy reliably, each power block is on a DC-DC backplane, sharing inverters and transformers.

This DC-coupled solution makes solar a dispatchable and controllable resource and does this more efficiently than a traditional AC-coupled system. What’s more, the DC-coupled architecture saves on redundant equipment such as inverters and transformers while increasing overall roundtrip efficiency compared to an AC-coupled system.

Because it requires half as many inverters and transformers, the PV Peaker Plant is faster to respond to demand peaks, more efficient and more flexible than a standard AC-coupled system. As such, the model sets a new standard for solar-saturated markets that need to time-shift most of the solar generation.

The PV Peaker Plant is a blueprint on how to provide flexible, renewable generation in markets struggling with increasing cost-effective renewables penetration that not only tie into the existing grid but modernize it.

This pioneering project has already inspired a wave of followers, including AES’ 19.3 MW solar + 70 MWh battery energy storage facility currently under construction on leased land from the U.S. Department of Defense within the Pacific Missile Range Facility – Barking Sands (PMRF) Naval Base.

KIUC’s successful execution of some of the most innovative renewable energy projects in the world has also influenced Hawaiian Electric. The Honolulu-based electric utility, which delivers power to over 95 percent of Hawaii residents on all other islands aside from Kaua’i, recently completed the procurement process for the largest infusion of renewable energy in state history. Hawaiian Electric selected a total of seven projects that will add a combined 262 megawatts of solar energy and more than 1 gigawatt-hour of energy storage on the islands of Oahu, Maui and the Big Island. The projects will nearly double the entire country’s current energy storage capacity, which stands at 1.4 gigawatts, according to Wood Mackenzie Power & Renewables.

As markets are looking to scale up next-generation technologies to cost-effectively meet their energy needs while accelerating the push for cleaner power, finding innovative solutions that enhance the grid has become even more critical.  The PV Peaker Plant is the latest technology development being deployed to meet that goal and usher in a clean, unbreakable power grid.

AES is a leading innovator in the integration of renewable energy and storage solutions, which is one of the most promising opportunities in the industry.

By combining solar power with battery-based energy storage, intermittent renewable generation can be converted into safe, reliable and higher-quality power. The fully integrated Lāwaʿi project will eliminate the use of 3.7 million gallons of diesel annually while supporting three vital scenarios in power. Declining costs of solar, and use cases such as this project, will make similar systems the smartest choice to leverage abundant energy from renewables in many other parts of the world.

The AES PV Peaker Plant is the flagship solution in the utility-scale solar-plus-storage sector. It addresses the problem for renewable energy and gives utilities a new way to address renewable integration, where renewables bring unique benefits to the grid rather than requiring compromises. This project increases grid reliability while simultaneously being the most cost-effective solution. It has paved the way for subsequent projects and indicates that solar-plus-storage is not only the environmentally-choice but is a necessary and reliable, cost-competitive solution to attaining a 100% renewable energy future. 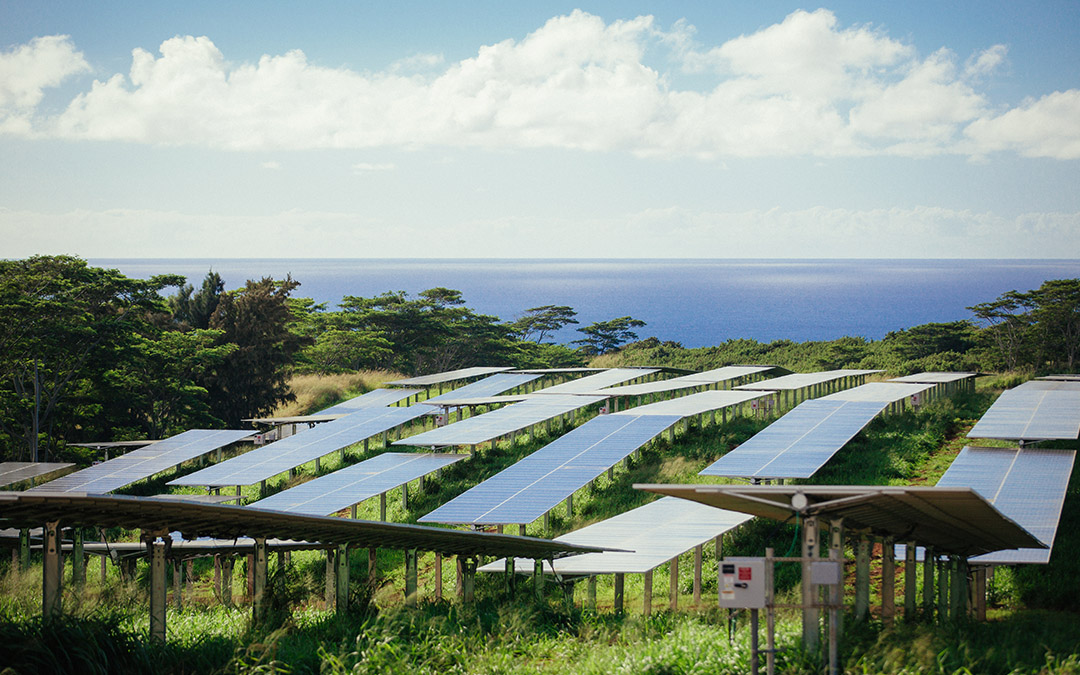 The PV Peaker Plant is located on approximately 150 acres on the South Shore of the island, overlooking the Pacific ocean. 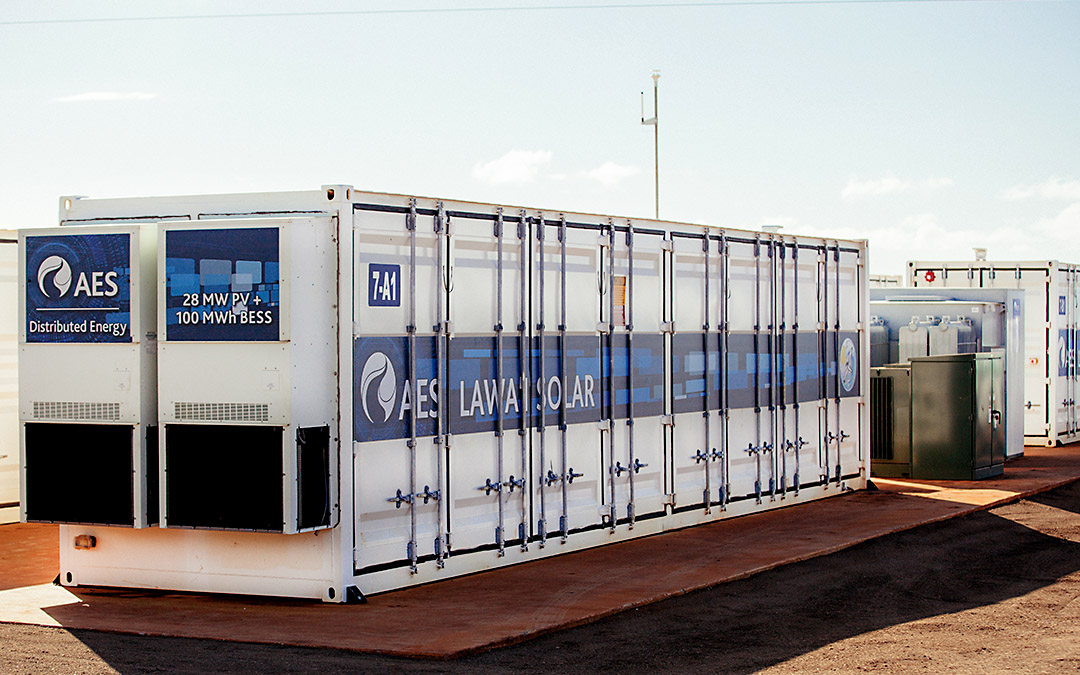 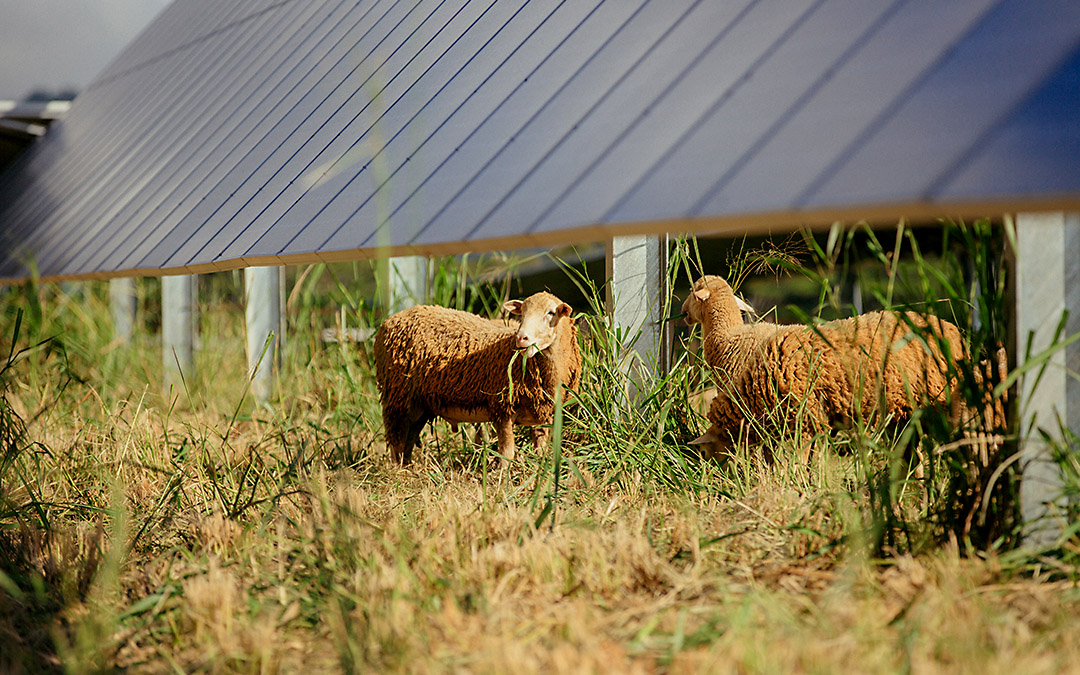 More than 300 sheep from ʿŌmaʿo Farms will maintain vegetation throughout the facility, including the Guinea grass that surrounds the site. This non-native grass can reach heights taller than the solar array if left unmanaged.